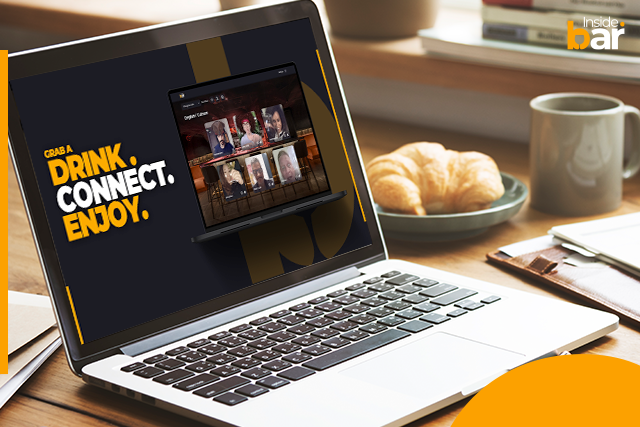 What COVID-19 means for online entertainment

COVID-19 has had a significant impact on the entertainment industry since the lockdown has forced people to try new hobbies, and you won't believe it, others have tried to rekindling old practices. Luckily, online entertainment platforms have experienced a surge in demand, but bottom line, the industry has experienced a shock in media consumption among people from different demographics. During such uncertain times, media planners and advertisers have been forced to leverage data and make wise decisions on the content to give users. Research conducted in April 2020, which was done in 14 countries, helped shed some light on what COVID-19 meant for online entertainment. Over 70% of internet users who participated in the survey, the youth being the majority, opted to self-isolate themselves and based on the collected data, you can get a clue on how people spend their time on online platforms when they are on lockdown.

With social Distancing being the cornerstone of overcoming COVID-19, some online entertainment users have limited the streaming of music, and, they have opted to keep in touch with events taking place around the world. Most music fanatics prefer listening to music while they are commuting; over 50% of respondents avoid public transport, and as a result, this could have a negative effect on the streaming figures. In Italy alone, Spotify confirmed that there had been a decline in over 3 million online streamers compared to last year (Le, A., Pinkston, J., & Yelowitz, A., 2020). This is a familiar trend all over the world, and COVID-19 has caused an overlap between broadcast and online television. Over 60% of those who prefer watching TV also find themselves streaming for online content. It is estimated that the number of online users will increase with COVID-19 being central to all this.

Increase in the Production of Online Material

It's unbelievable that film production companies have resorted to producing content remotely, and they currently distribute it through digital media outlets. The film industry has experienced lower ticket sales and footfalls in children's parks, event venues, and cinemas, and KPMG predicts that the film box office is heading for failure, this is so sad (Le, A., Pinkston, J., & Yelowitz, A., 2020). The encouraging part is that film production agencies have sought to expand their digital media production, and they have used social media platforms to air their content.

Users need ways to connect, but they rarely use phones.

It's sad, but most public gatherings have been banned, and online entertainment fanatics are looking for entertainment channels to stream, such as YouTube, Netflix while others have preferred to use social media platforms. Before the COVID-19 outbreak, users preferred using their smartphones for entertainment, but currently, they are confined to their homes with computers. It's evident that users have found smartphones to be unpleasant during this outbreak; some of the respondents citing that they dislike the tiny smartphone screens (Beaunoyer, E., Dupéré, S., & Guitton, M. J., 2020). Besides, YouTube, Netflix, and Facebook have experienced stagnation in the number of users who have downloaded their applications while other social media platforms have experienced a decline in the number of users.

Video chats are the norm.

Luckily, most countries have encouraged citizens to observe social Distancing, and as such, online users across all demographics are on the lookout for ways to connect; most of them preferring video chatting (Beaunoyer, E., Dupéré, S., & Guitton, M. J., 2020). Everyone knows how online users prefer seeing each other when they communicate as opposed to texting. It has been a big boost to online applications such as Google Video Chat, House Party, and Duo, which brings together strangers and also enables them to play.

Sadly, most of the major leagues have been called off, and football fanatics don't have content to watch other than the Belarusian soccer and marble racing. ESPN users have been on the decline since the website doesn't have fresh content to post. On the brighter side, the website resorted to replaying old matches that some online users find disturbing. On the other hand, video game websites have experienced a surge in online traffic since they even allow gamers to watch each other as they play. Twitch has been a leading online gaming platform, and the website has experienced a 30% traffic boost since the lockdown (Donthu, N., & Gustafsson, A., 2020). Besides, the mobile application, TikTok, that airs lip-syncing and pranks has experienced a surge in the number of users since the COVID-19 outbreak

Lockdown has forced some users to remain offline.

When the research took place, 30% of the respondents claimed that they don't leave their homes except in situations when they are forced to do so. The lockdown has affected customer behaviour in unprecedented ways, and the behaviour differs from customers who are not in quarantine. Online users who are under 20 years have made major strides, and they have moved from passive content consumption, and they currently create their own online content (Donthu, N., & Gustafsson, A., 2020). However, some people who are under quarantine have resorted to traditional entertainment methods such as watching the television and playing games. The trend is uncommon among older consumers since they have resorted to reading newspapers since the inception of the lockdown.

The show must go on.