How does the future of online streaming look like? 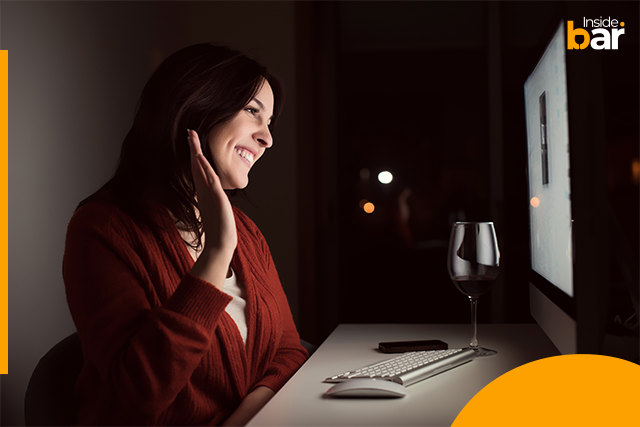 The Revolution Will Be Streamed

We’ve experienced an entertainment revolution in the past twenty years.

In 2000, we were just beginning to make the transition from VHS tapes to DVDs. Today, sales of Blu-Rays are dropping like a rock.

Twenty years ago, you were lucky if you had a really good 56K modem. Now, the slowest broadband connections would smoke those dial-ups like they were standing still.

Back then, video chatting or livestreaming still felt like something out of Back to the Future II. But in 2020, it’s such a daily part of our lives we barely even think about it.

We’re living at a time when we can talk to almost anyone in the world, live via Skype. We can watch livestreams of our favorite musicians playing concerts from their living rooms. YouTube gives us the ability to see every kind of video content you can imagine (and lot you can’t). And Netflix, Amazon, and other streaming services have made it possible to watch nearly any television show or movie ever made – without having to get up from the couch.

But the entertainment revolution isn’t over. In some ways, it’s just beginning.

Livestreaming: The Next Frontier of Digital Entertainment

While live video has been around for a while, it’s only gained mainstream popularity in the past five years. According to a 2018 study1, global livestream viewing increased by 65% between 2017 and 2018. And a 2018 report from Nielsen2 found that 42% of the US population had livestreamed online content. That might not sound too impressive until you realize that one year prior, that number was only 25%.

Livestreaming and other forms of live video entertainment have quickly become the next frontier of digital entertainment. And the COVID-19 pandemic of 2020 has only sped up the shift.

With so many people stuck inside, it was inevitable that more online content would be consumed than ever before. But no one could have predicted the actual numbers. StreamElements and Arsenal.gg put together a report on the state of streaming up through April 20203. They found that the livestreaming sector grew 45% between March and April. And compared with last year, the industry has seen a 99% increase.

With those kinds of numbers, you can be sure that everyone with a wad of cash and a livestream idea will be crawling out of the woodwork, hoping to get a piece of the pie. We are facing a veritable avalanche of new live videos, services, products, and more.

If the past twenty years have utterly transformed the face of entertainment, what will the next twenty bring? And what role will live video entertainment play in it?

Before we get to the ‘what’ of our live video future, we ought to take a moment to reflect on the ‘how.’ Online video has only become as popular and widespread as it has because of advances in technology. Live video entertainment needs even greater broadband capabilities to thrive. After all, nobody wants to watch a livestream that’s lagging or makes the speaker look like a pixelated Picasso.

So, what are the technological advances coming down the pike that will make live video even more reliable and popular?

Higher Video Quality. As people have gotten used to HD video, anything less than 1080p feels like a letdown. And one of the biggest challenges that live video entertainment faces is instability in quality and resolution. As internet speeds become faster and more consistent, it will be possible to maintain higher quality live videos. This will only increase the number of people looking for live content.

Lower Latency. Latency is the term used to describe the delay between the actual broadcast and when it reaches the screens of viewers. When it’s important for viewers to experience live content as it's happening, latency matters. As newer encoding and decoding tech is developed, and internet speeds continue to increase, we’ll likely see latency drop even further from where it is now. This will make live events easier and more natural.

Real-Time Translations. In the late 90s and early 00s, many middle and high school Spanish students took advantage of Babel Fish’s translation services when homework time came. The results were not always A+ quality.

Today’s translation software and services are becoming ever more accurate and robust. Soon, you’ll be able to watch a live stream featuring a speaker of any language in the world and get automated subtitles that don’t look like something from an 80s NES game.

Over the next few years, we’ll see live video continuing to get better. And this will lead to a whole host of live video entertainment options that have never been available before. What will that feature look like? Let’s look into the crystal ball and find out…

The Future of Live Video Entertainment

The Continued Rise of Video Game Streaming In 2011, Justin Kan and Emmett Shear launched Twitch, a livestreaming service that focused on video games. Since that time, it has exploded in popularity and ushered in an entirely new form of entertainment that fuses video games, pop culture, comedy, and more. Since the novel coronavirus hit in early 2020, traffic on Twitch has skyrocketed, averaging over 15 million viewers each day.

This growth shows absolutely no signs of slowing down. Several competitors to Twitch have popped up in the past few years, signaling that there is still an opportunity for growth. Sony and Microsoft both seem committed to this livestreaming future by making it an option right out of the box for their consoles. And with the games themselves being streamed to consoles now, it appears that video games is the beachhead of the live video revolution.

It will be interesting to see how it continues to grow and evolve in the years ahead.

COVID-19 has had a huge effect on nearly every part of our country, including the way we entertain ourselves. One of the most interesting (and coolest, if you ask us) ways that this has happened is with the rise of livestreamed concerts. But we’re not talking about concerts played in big stadiums or amphitheaters. Major artists as diverse as Dua Lipa and Brad Paisley have performed via livestream.

And since part of livestream’s appeal is the ability to communicate with the broadcaster during the event, artists have a chance to connect with their fans like never. Because of state and local lockdowns, many artists were forced to take this approach. But there’s a very good possibility that many of them will continue taking advantage of it after COVID-19 is nothing but a memory.

This could signal a major shift in the way we consume live music. Why spend $200 on a concert ticket when I can livestream my favorite band’s concert and talk to them during the show? Or, at the very least, why wouldn’t I take advantage of both?

We’ve already noted how COVID-19 has spurred several changes in the way we consume entertainment that were already taking place. One of the biggest is the rise in live video meetups.

When many states shut down their nonessential businesses, they forced those businesses to find alternative ways to get work done. For many people, this meant the rise of constant online meetings. Because of this, many people got used to spending time on Skype and other video calling software.

This situation has led to several savvy entrepreneurs developing novel ways to interact with others via live video. Online professional and hobby groups have started, giving members an opportunity to continue pursuing their goals with others, without breaking social distancing guidelines.

Virtual dating mixers started appearing here and there. And there was even a rise in so-called virtual bars. These were online video chat rooms where people could talk, get to know one another, and even begin developing deep relationships. And though the coronavirus has been the kick to get this ball rolling, there’s a good chance it won’t stop when the pandemic is finally under control.

Instead, we’ll likely see virtual bars and similar platforms playing an ever-larger role in our lives.

We’ve barely touched the tip of the iceberg. Live video entertainment will continue to make up more of the content we consume. And it won’t just be video game streamers, livestreamed concerts, and virtual bars.

Imagine what a virtual comedy club would look like, with different up-and-coming comedians trying out routines and getting instant feedback. Or interactive cooking experiences where you can follow an expert chef and ask questions as you go. The live video entertainment possibilities are limitless.